“The attack on democracy currently playing out in D.C. and in state legislatures like Texas is the worst we have seen since Reconstruction. At the center of this crisis are poor women—especially poor women of color.” Rev. Dr. Liz Theoharis, Kairos Center & Roz Pelles, Repairers of the Breach #PoorPeoplesCampaign ...

"A Season of Action": Women at Center of Fight to Protect Voting Rights Step Up to Save Democracy - Ms. Magazine

The attack on voting rights is the worst we have seen since Reconstruction. At the center of this crisis are poor women and women of color.
View on Facebook
·Share

G_d bless and protect them all, and send lots of folks in their place!

“I want our national leaders to know that the people of Texas expect them to pass voting rights legislation. It is the only way to preserve democracy in Texas & ensure free & fair elections in 2022 & every election thereafter.” -Beto O'Rourke ...

The federal government does very few things well with over 430 agencies the last thing we need to allow our federal government to do is legislate and control elections of 50 states. Supporting a tyrannical government makes many of these supporters tyrants themselves. If elections are truly free Fair and full of integrity then every governor in 50 states should welcome an audit of their electoral system processes procedures and people. it's okay to require people to carry proof of covid-19 vaccinations but it's not okay to require someone to show proof of identification to vote legally?

Split the country in half

Moral Monday goes prime time at 8pm ET on July 26 with highlights from across the nation! The Poor People’s Campaign is joining our partners around the country to take the fight for democracy to the home offices of US Senators in at least 40 states, regardless of party.

The press conferences and demand deliveries will occur at different times in each state. Sign up to receive state-specific information: actionnetwork.org/events/taking-it-to-the-states-moral-mondays?source=direct_link&

Together we will create a nationwide chorus demanding to know, “Which Side Are You On? Democracy or Autocracy?” At each office, poor people, low-wage workers, faith leaders, advocates and others will gather outside the office to announce our demands for a Season of Nonviolent Moral Direct Action to Save Democracy and then a small group will enter the office and deliver the Mass Open Letter to the US Senate entitled “Which Side Are You On?” The Time is Now for Nonviolent Moral Direct Action.

Here are some of the partners joining so far, with more joining every day!

Nearly 100 women from around the United States were arrested outside the Supreme Court as they marked the 173rd anniversary of the first women’s rights convention at Seneca Falls with a protest calling for voting rights and economic justice. We speak with Reverend Liz Theoharis, co-chair of the Po...
View on Facebook
·Share

All roads lead to Texas, July 28-31, for the Georgetown-to-Austin March for Democracy! Join Rev. Dr. William J. Barber, II, the Texas Poor People's Campaign: A National Call for Moral Revival & MORE to demand Congress act now to stop the attacks on our democracy!

Learn more about all the partners joining us for this historic march & RSVP: actionnetwork.org/events/georgetown-to-austin-march-for-democracy ...

Poor People's Campaign is giving voice to the people's pain and suffering. Thank you. This being a righteous and just cause simply will not fail. 🦋

We have to move forward not backward

Yes we must do all these things! Thank you for all you do!

WE NEED JUSTICE IN AMERICA NOW

"The attack on democracy currently playing out in D.C. and in state legislatures like Texas is the worst we have seen since Reconstruction. At the center of this crisis are poor women—especially poor women of color."

-Roz Pelles and I in @MsMagazine

For friends outside of TX -- I'm participating virtually and you can, too!
I'm attending a @unitethepoor event: We Are the Moral Resurrection! Georgetown-to-Austin Moral March for Democracy. RSVP here: https://actionnetwork.org/events/georgetown-to-austin-march-for-democracy?source=twitter&

Rev. @liztheo of @UniteThePoor says Congress needs to scrap the filibuster and pass a "bold infrastructure bill" that addresses economic inequality, as well as climate resilience. "We need to stop this moral obstructionism." https://www.democracynow.org/2021/7/23/infrastructure_voting_rights_protest 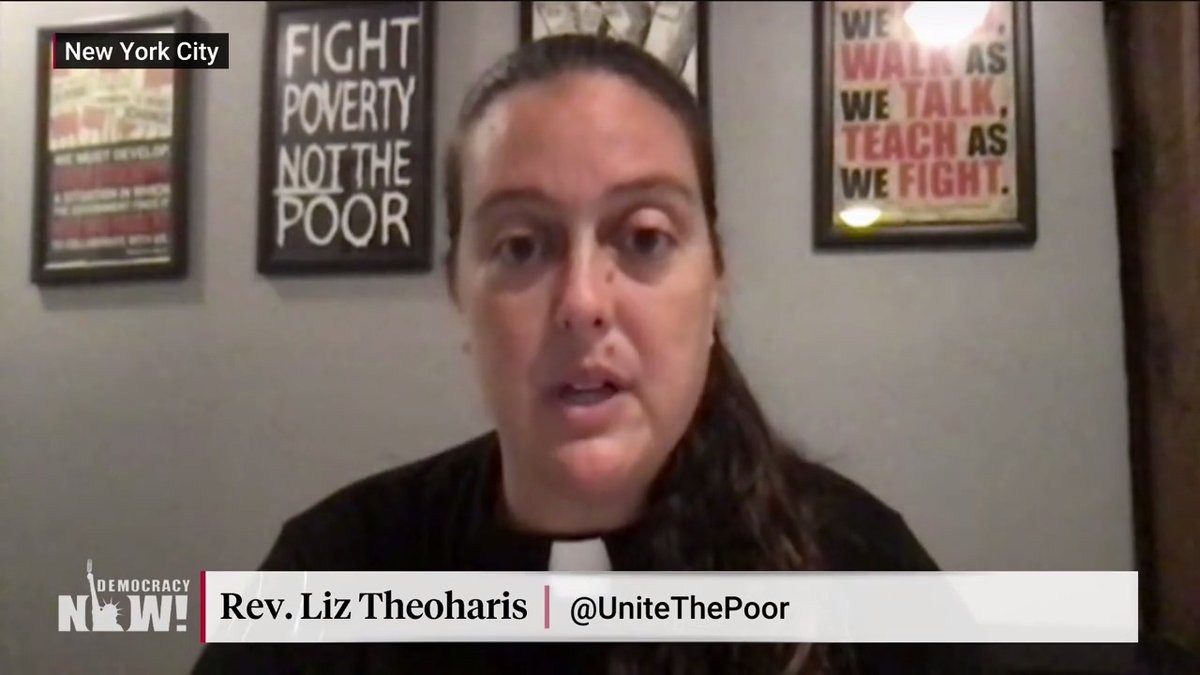 "God takes a position against injustice. God is not neutral.”

In the latest @SpiritualEdge podcast we meet @shaillybarnes, a key strategist with the @UniteThePoor, whose #Hindu upbringing inform her work around #poverty and basic human needs. 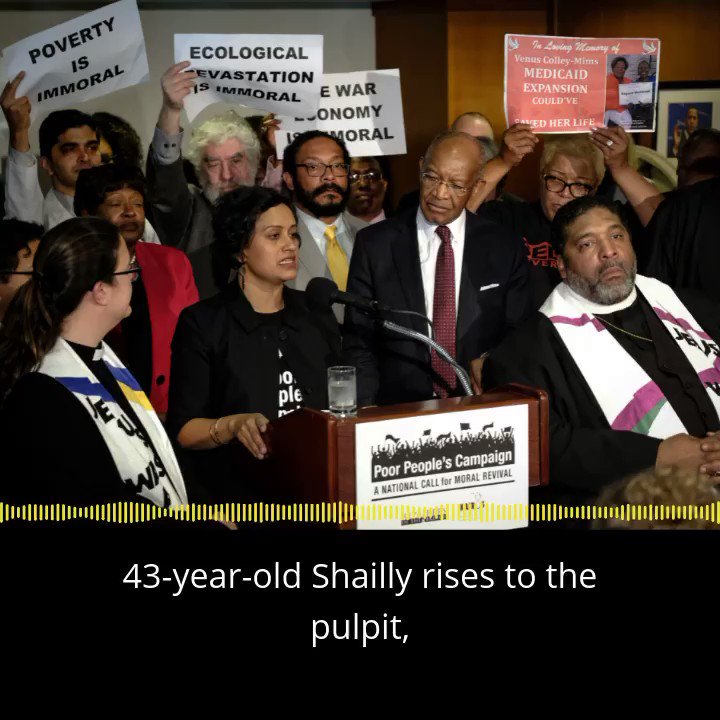 From @MsJodieEvans' arrest at @UniteThePoor's Women's #MoralMonday March to the delivery of 1.6 million syringes to Cuba & the publication of our joint #LetCubaLive letter in the @NYTimes, it's been one busy week! Check out everything you missed here ⬇️
https://www.codepink.org/july_19_2021

It’s a moral abomination that there are 140 mill

“We cannot pat essential workers on the back one

We are just getting started! Join us online @ www.

Are you ready?! 40 state #PoorPeoplesCampaign coor

Today’s #MoralMonday spotlighted experts on the

This past #MoralMonday over 30 states and Washingt

🚨featured fight🚨 learn more about one of our

This past #MoralMonday we uplifted the struggle of

From mining industries on sacred Apache land to th

Error: Access Token is not valid or has expired. Feed will not update.
Error: There is no connected account for the user oregonppc.