About the Mississippi Poor People’s Campaign: A National Call for Moral Revival

The Poor People’s Campaign: A National Call for Moral Revival is uniting people across Mississippi to challenge the evils of systemic racism, poverty, the war economy, ecological devastation and the nation’s distorted morality of religious nationalism.

Email mississippi@poorpeoplescampaign.org to get involved!

“At a press conference outside the State Capitol Thursday, The Mississippi Poor People’s Campaign said the governor’s decision to veto these bills was a “petty” one “that was made after he was publicly shamed into having to sign the state flag bill.”

They continued, saying, “Reeves has consistently proven that he holds contempt for Mississippi’s Black, brown, and poor white communities. The two bills he vetoed recently are further proof of that.”” #PoorPeoplesCampaign ...

FOR IMMEDIATE RELEASE: The Mississippi Poor People’s Campaign held a press conference on Thursday, July 2nd on the south steps of the Mississippi State Capitol Building. The press conference was a direct action in response to Governor Tate Reeves’ decision to veto Senate Bill 2856, a bill passed to allow an individual municipality to establish an overdue water/sewer bill program, and amendments to Senate Bill 2824, the Higher Education Legislative Plan that would align the required core curriculum with the required IHL College Preparatory Curriculum. Both pieces of legislation passed unanimously in both the MS House and Senate.

The decision to veto both of these bills by Governor Reeves is a petty one that was made after he was publicly shamed into having to sign the state flag bill. Reeves has consistently proven that he holds contempt for Mississippi's Black, brown, and poor white communities. The two bills he vetoed recently are further proof of that.

The press conference outside the Capitol was held by Mississippi’s Chapter of the Poor People’s Campaign chairs, Danyelle Holmes and Lea Campbell. The press conference also had the blessing of Dr. Reverend William J. Barber, founder of the Poor People’s Campaign: A National Call for Moral Revival. Upon hearing about the reckless vetoes, Reverend Barber publicly addressed the Mississippi governor.

“Mississippi’s Governor says he hopes the flag coming down will unify the state. That is asking too much of a flag. If you want unity, end voter suppression, expand health care, raise wages, end mass incarceration, and address police violence with legislation.” tweeted the reverend.

This sentiment has recently been shared by many others, including Danyelle Holmes.

“Moving Mississippi forward will take more than just “taking down a piece of cloth,” said Holmes.

She suggested that it will take better policies that represent all Mississippians and pointed out Mississippi’s long struggle with high poverty rates, poor education outcomes, and health care disparities in calling for Medicaid expansion, increased school spending, and criminal justice reforms.

“That flag was just a symbol,” Holmes says. “But these policy changes will actually be what will set people free.”

Lea Campbell also spoke at the press conference, reminding Governor Reeves of the corruption and greed that somehow seems to follow his political career.

“For years, Mississippi had a problem with politicians giving taxpayer-funded services away as political gifts.” You should know. Your wealthy political cronies stole hundreds of millions in taxpayer money intended to help feed the poor. You used taxpayer money to build a private road into your gated community. Gov. Reeves-- clean drinking water and sewer services in already underserved communities are not “political gifts.” They are a matter of life and death.”

The legislature could vote to override the governor’s vetoes. Mississippi’s Poor People’s Campaign will stay on top of this issue until it is resolved. ...

Mississippi Residents Fight Back Against Governor's Veto of Water Relief Bill!!! Join us tomorrow at 10 am on South steps of capitol!!!

The Mississippi Poor People’s Campaign will hold a press conference tomorrow, July 2, on the south steps of State Capitol Building at 10 am. Governor Tate Reeves vetoed Senate Bills 2856 and 2824. These two bills directly impact Black, brown, and poor communities, and were unanimously voted in favor of by both the MS House and the MS Senate. This cannot be allowed; therefore, a press conference will be held to publicly bring attention to this heinous and petty Governor.

WHO: Mississippi Chapter of the Poor People’s Campaign

A statement from MS Poor People’s Campaign will be released prior to the press conference. The event will start at 10 AM.

Just shared! Hope some of the Tupelo people can make it!

I'll try to make it 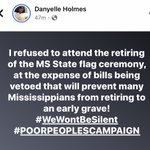 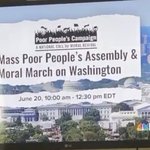 This is what speaking truth to power looks like. 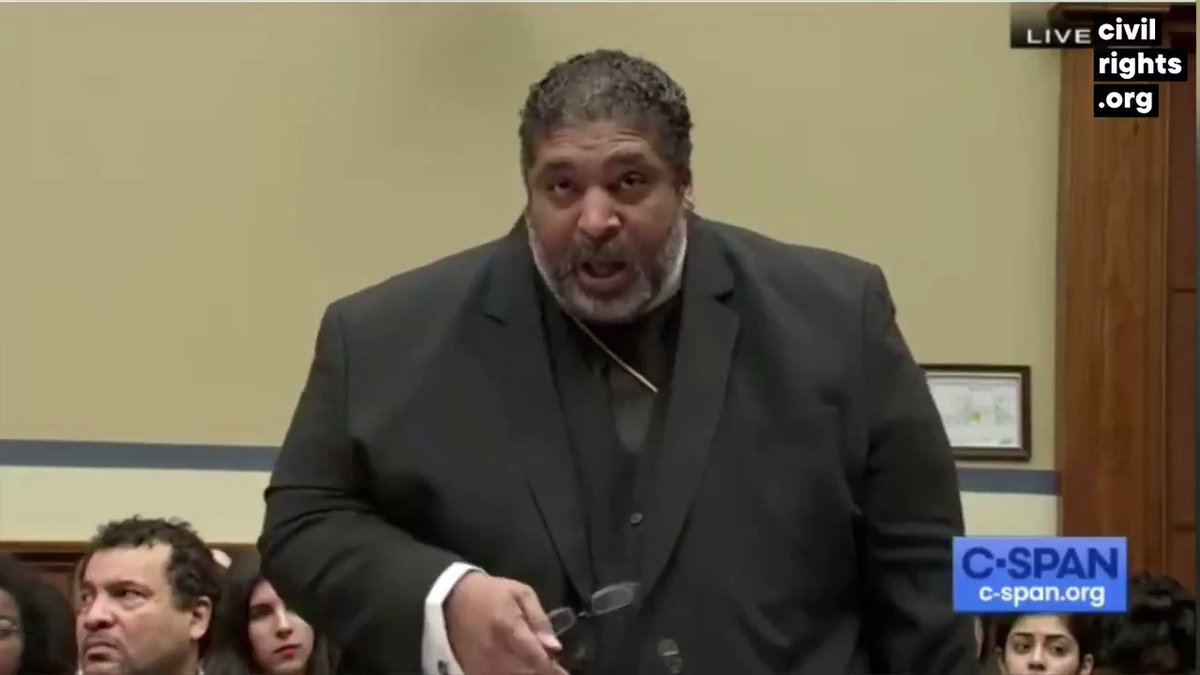 ‘I mourn for [Trump]. I don’t hate him; I pity him.’ — @RevDrBarber uses Psalms 139 to explain why he feels bad for President Trump 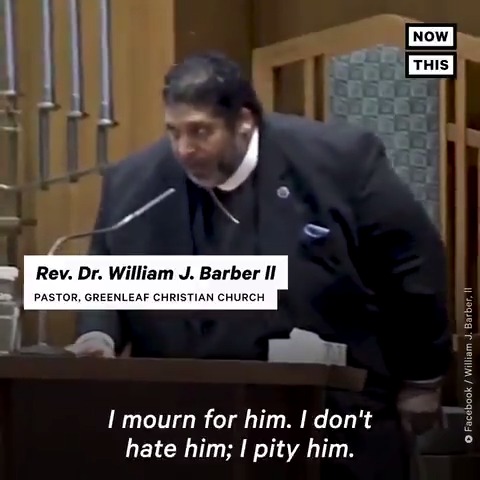