With the pandemics of systemic racism, poverty, voter suppression and COVID-19 still wreaking havoc on our daily lives, our democracy, and our nation’s social and moral infrastructure, we need Congress to pass voting rights protections and the Build Back Better plan before the end of the year.

By submitting your RSVP bit.ly/moralmondaydec13 you will be the first to know about the carpools and buses being organized for December 13th, and further details on the action for the day.

Giving thanks today for our entire #PoorPeoplesCampaign family of state leaders & activists, faith leaders, & national partners who continue to fight for justice on behalf of the more than 140 million poor & low-wealth people living in America! #thankful #ForwardTogether ...

Respect & good attitude for the leadership of The Poor People's Campaign.

Thank you for the update! I plan to form this same organization here in my country in Zambia, Africa! My best regards to the people in the world!

Thank you All for what you do. Enjoy your Thanksgiving 🥧🦃

Thank you for fighting for the working poor.

READ: Comments from Bishop William J. Barber II and Rev. Dr. Liz Theoharis, co-chairs of the Poor People’s Campaign: A National Call for Moral Revival, on the guilty verdicts in the trial of the men convicted of killing Ahmaud Arbery. ...

Contact: Martha Waggoner | mwaggoner@breachrepairers.org Comments from Bishop William J. Barber II and Rev. Dr. Liz Theoharis, co-chairs of the Poor People’s Campaign: A National Call for Moral Revival, on the guilty verdicts Wednesday  in the trial of the men convicted of killing
View on Facebook
·Share

S.O.S. Our worker's human rights are being violated and eroded away by state laws. STATE LAWMAKERS STROKE Injured Workers. Americas Workers Get Nothing But Excuses From State Law Makers As Our Human RIGHTS ARE VIOLATED & ERODED AWAY By BAD State Med Tort And Work Comp Laws. State Laws Our Federal Law Makers Told Us Need Some Min. Federal Standards. Like we have a min. waged. JUST SOME BASIC FEDERAL HUMAN RIGHTS is all the workers are asking for. YET STATE LAWMAKERS KILL OUR ISSUE and CRIES FOR HELP. Washington State Law Makers Keep telling us we do not need another national work comp commission. Or federal human rights for workers. Everything is FINE according to WA State lawmakers. WHO are WE THE PEOPLE to TRUST are telling us the TRUTH? DID our FEDERAL Law Makers lie to us? IS our US Congressional Research Service Lying to us? THEN WHY IS BOB HASEGAWA and all the other state lawmakers, LYING TO US? youtu.be/G93syHTtOC0 Chang, Jenny <jenny.chang@leg.wa.gov> To: Darren Fonzseau Wed, Nov 24 at 8:43 PM Hi Darren, Thank you for your patience. Apologies, for the delay. Senator Hasegawa let me know that that a Federal Oversight & National Workers Compensation Commission already exists. It’s OSHA at www.osha.gov/ . The Washington Industrial Safety and Health Act has a commission to oversee state L&I laws that supplement federal laws. And DOSH covers state and local government workers but does not cover federal government workers, including USPS. Federal OSHA covers the issues not covered by the Washington State Plan. You can find information on these organizations here: worksafeaccess.com/osha-vs-wisha/ and the WAC here: app.leg.wa.gov/wac/default.aspx?cite=296-800-100 If you’d like a letter to be sent by a legislator, that would be more under the jurisdiction of your own state legislators or elected officials who represent your district. Have you tried to make that request of them? Additionally, Sen. Keiser Chairs Labor and Commerce. She and everyone else on that committee would be the best people to reach out regarding labor issues. I hope this was somewhat helpful. Have a wonderful holiday weekend. Best Regards, _______________ Jenny Chang Executive Legislative Assistant Senator Bob Hasegawa Majority Caucus Chair 11th Legislative District Office: (360) 786-7616 Cell: (360) 878-1483 SO are State Law Makers like Rep. Bob Hasegawa lying to us? OR are the FEDS lying to us? Hmm? Why are we told America's injured workers need some basic federal Human Rights, but state lawmakers say NO. OUR ALEC BIZ men need their state rights more than our workers need their federal human rights. I/WE CALL FOUL on America's STATE LAWMAKERS waging war on us through our health care needs, or lack thereof. All to profit the state cash cows and ALEC biz men.

As the jury begins to deliberate the verdict in the case of the three men charged with murder in the death of Ahmaud Arbery, several social justice and faith organizations hold online prayer vigil to call for justice.

Thank you God for walking with your people.

And we must pray for them this holiday season especially. The pain of losing a child is indeed rough. But God is a keeper like no other.

Lord in your mercy hear our prayers

Someone’s hurting our people…Keep on keeping on.

Joining with prayers for peace AND justice ..

Amen. From our mouths to God's ear.

Pray for white supremacy to end.

Praying. Thank you for being here.🙏🏼❤️

It is done. Amen

Online Interfaith Vigil Wed. 11/24 at 8am ET: As the jury begins to deliberate the verdict in the case of the three men charged with murder in the death of Ahmaud Arbery, several social justice and faith organizations will hold an online prayer vigil to call for justice.

Additional religious leaders will offer prayers, including Black and white pastors from Brunswick, Georgia, where Ahmaud Arbery was gunned down on Feb. 23, 2020. They include Pastor Mark Baker of Greater Works Ministries.

The groups also are asking people to fast for one day as long as the jury is out and are inviting thousands to join.

The focus of the three-minute prayers will be uplifting the parents of Ahmaud Arbery, Wanda Cooper-Jones and Marcus Arbery Sr; the grieving communities harmed by this tragedy; for the deep need for truth and justice; for America to truly grapple with its original sins of racism; for the court, for the prosecutors, for those who hold racist beliefs, and for Black men.

Travis McMichael, his father, Gregory McMichael and neighbor William "Roddie" Bryan Jr., face charges including malice murder and felony murder in the killing of Arbery. The three pursued Arbery -- whom they said they suspected of burglary -- in their vehicles; Travis McMichael fatally shot Arbery.

Watch on our fb page or on our website: poorpeoplescampaign.org/livestream ...

God answered these prayers today. It was very moving.

Thank you so much for your prayers!

God bless the poor, the hungry, the sick and homeless 🙏 =) Power to the people!!!

I'm on your side but unfortunately it's Georgia

With the pandemics of systemic racism, poverty, voter suppression and COVID-19 still wreaking havoc on our daily lives, our democracy, and our nation&...

With the pandemics of systemic racism, poverty, voter suppression and COVID-19 still wreaking havoc on our daily lives, our democracy, and our nation&...

“Today, we are reminded that we will never know true justice as long as we live in a country where white supremacy and systemic racism exists and violence and death is commonplace. (1/2)

We give thanks today for our #PoorPeoplesCampaign family of state leaders & activists, faith leaders, & national partners who continue to fight for justice on behalf of the more than 140 million poor & low-wealth people living in America. #Thanksgiving #ForwardTogether 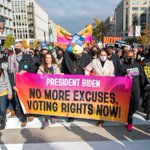 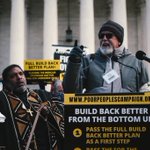 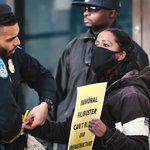 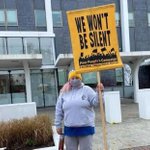 READ: #PoorPeoplesCampaign co-chairs @RevDrBarber & @liztheo comment on the guilty verdicts in the trial of the men convicted of killing #AhmaudArbery. https://www.breachrepairers.org/press-releases/arbery-killing-comments-from-poor-peoples-campaign-co-chairs

So thankful to our friend and a true activist @wil

Join us at 10AM CT today at the Texas state Capito

It’s a moral abomination that there are 140 mill

“We cannot pat essential workers on the back one

We are just getting started! Join us online @ www.

Are you ready?! 40 state #PoorPeoplesCampaign coor

Today’s #MoralMonday spotlighted experts on the

This past #MoralMonday over 30 states and Washingt