About the Missouri Poor People’s Campaign: A National Call for Moral Revival

The Poor People’s Campaign: A National Call for Moral Revival is uniting people across Missouri to challenge the evils of systemic racism, poverty, the war economy, ecological devastation and the nation’s distorted morality of religious nationalism.

Email missouri@poorpeoplescampaign.org to get involved!

“Like millions of other Americans, I lived in crisis every day even before the #Coronavirus made life even harder...

I am a 62-year-old transgender woman whose partner decided to divorce me after 32 years of marriage when I told her that I planned to transition from male to female. I struggle with health conditions and try to make ends meet while working a part-time job.

And I am a retired public high school teacher with a college degree and two adult daughters. Poverty has several faces, and one of them is mine. I regret that this pandemic has forced the cancellation of the MORE Tour (mobilize, organize, register and educate) in Springfield this month, but that won’t stop me from speaking out.

The Poor People’s Campaign: A National Call for Moral Revival held a digital mass meeting Thursday called “Poverty Amidst Pandemic: Everybody's Got a Right to Live” for #Missouri and three other states: Arkansas, Washington and #Kansas. I’m honored to be one of the people who testified about living their lives in the crisis of poverty with the crisis of a pandemic on top of that.

The #PoorPeoplesCampaign has given a voice and a face to the >> 140 million people <<
in this country who live in #poverty or low-wealth. This campaign has given me the strength to speak out because I want the nation to know that 2 million Missouri residents — or 34% — are poor or low-income.

When Rev. William Barber and Rev. Liz Theoharis talk about poverty, they are talking about me. My spirit rises when Rev. Barber says that the Poor People’s Campaign made a “solemn pact that we won’t be silent anymore” and when Rev. Theoharis says that in this crisis “it is all the more important that the nation hears stories and solutions” from those who live in poverty and low-wealth.

My current job, as a cashier at a chain store, means I interact with hundreds of people a day. I know that the victims of coronavirus are often people my age with underlying health conditions such as mine — diabetes, hypertension and a mitral valve prolapse.

But I need this job to pay the bills that my modest teacher’s pension doesn’t cover.

My diabetes prescription, which had a copay of $10 a month on my ex-wife’s plan, skyrocketed to a co-pay of $444 a month under the Affordable Care Act, which has insured me since January 2019.

In addition, I lost two part-time jobs when employers discovered I am transgender; I lost the lease on my home for the same reason.

But after many ups and downs — my blood glucose spiked at 600 twice when I had to drop the expensive diabetes drug for three weeks, and I was out of work for two months — I was able to return to work in April 2019.

Now I work 20 to 25 hours a week. I have applied for more than 60 jobs in the Springfield area, but no one else will hire me other than my current employer.

However, since this store has fewer customers during this crisis period, fewer team members are required, so hours are being cut from our schedules. However, my employer is considering a $2 an hour temporary pay raise.

Will it be enough to get us through? That’s questionable since my ACA health insurance monthly premium increased by $90 in January 2020, from $212 to $302, and copays for my other prescriptions all doubled as well. My prescription copays are now about $100/month. That's roughly $300 more each month attached to my health insurance plan, including doctors’ visits and lab work, above what I paid in 2019.

Much of this country has forgotten about people like me. Or worse, they know we exist and choose to ignore us. But the Poor People’s Campaign has filled the void with our voices. I hope that while at this time when the #pandemic has forced us to slow down, that this nation will listen to us.”

Poverty was her first crisis; now she deals with the effects of a pandemic

The Poor People’s Campaign has given a voice and a face to the 140 million people in this country who live in poverty or low-wealth.
View on Facebook
·Share

Tune in now to hear from Gina Chiala, an attorney with the Heartland Center for Jobs and Freedom as she conducts a LIVE Q & A and Legal Update surrounding questions on the #Coronavirus: who qualifies for unemployment? Who gets paid sick days under new federal legisltation? What are your rights to demand a safe and healthy workplace? #Covid19

➡️ Tune in to the Heartland Center for Jobs and Freedom Facebook page TODAY at 12:00 PM.

#PoorPeoplesCampaignJOIN US TODAY AT 12PM
We are hosting a Know Your Rights workshop on WORKER RIGHTS where we will cover topics such as workplace safety, unemployment, and paid sick leave.
Bring your questions - our attorney will be ready to answer them during the live broadcast.
See you soon! ...

Together with the Heartland Center for Jobs and Freedom, we are co-hosting a worker's rights workshop on Monday @ noon right here on Facebook. We will cover paid sick leave, workplace safety, unemployment and more. What questions do you have for us? Drop a comment or message us.

Do you have questions about unemployment?
Have you lost hours at your job due to the #Coronavirus?
Is your workplace safe? Are you and your family or your co-workers wondering what to do in this moment? #Covid19

/// Join the video discussion on Monday at 12:00pm on the Heartland Center for Jobs and Freedom Facebook page and hear from an attorney on what your rights are.

#PoorPeoplesCampaignTogether with Stand Up KC, we are hosting a worker's rights workshop on Monday @ noon right here on Facebook.
We will cover paid sick leave, workplace safety, unemployment and more. What questions do you have for us? Drop a comment or message us. ...

Join the Poor People’s Campaign: A National Call for a Moral Revival today by texting MORAL to 90975 or pledging online at https://t.co/Dh4Dy6H8mP

What would you like to see PPC do this next year? @UniteThePoor 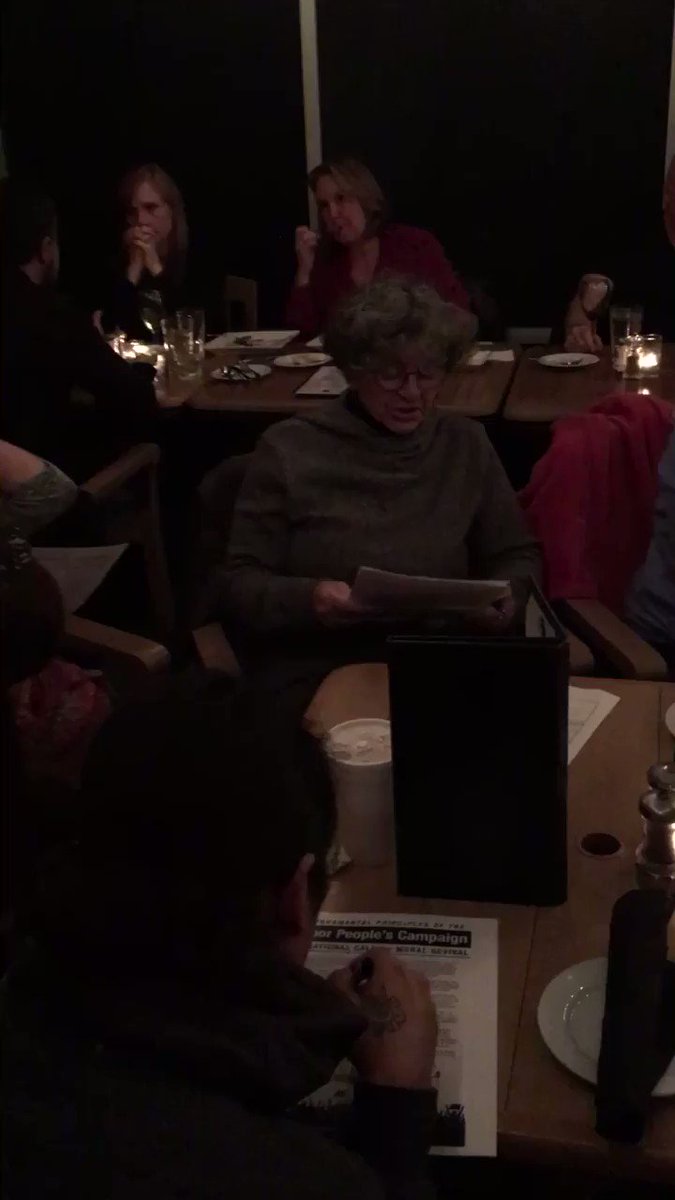 Join us for a fundraiser for #StandUpKC, @MissouriPPC and @jobsandfreedom_ at Bier Station tomorrow November 15th at 5pm. RSVP: http://ow.ly/9aOM30msZTn #KansasCity 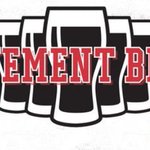 BREAKING: St. Paul just passed a $15 minimum wage for over 50,000 in the city. That's 25% of all workers! St. Paul is the first to pass $15 since the 2018 midterm election. Amazing hard work from all the groups that fought and won today! Congratulations. #FightFor15 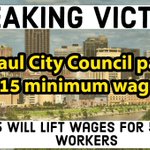 “The challenge is to mobilize now, harder than ever...We have a long way to go – last night was only the latest of our beginnings. We have movement work to do.” @RevDrBarber & @PhyllisBennis #PoorPeoplesCampaign https://www.commondreams.org/views/2018/11/07/we-have-movement-work-do

This is blasphemy.
God is omniscient, omnipresent & omnipotent by God’s self. God is not a Republican or Democrat, but invites every person & party to embrace politics of love & justice. https://twitter.com/dcexaminer/status/1058875085841408001 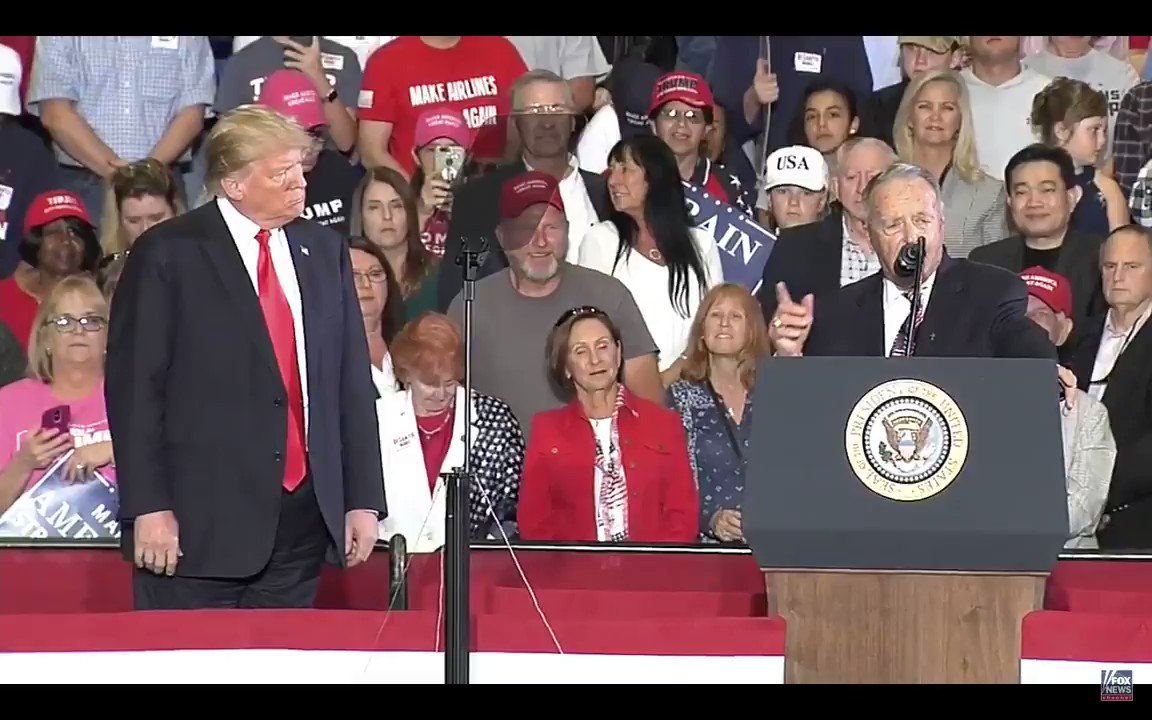 Bobby Bowden: Trump plus God is a majority