About the Texas Poor People’s Campaign: A National Call for Moral Revival

The Poor People’s Campaign: A National Call for Moral Revival is uniting people across Texas to challenge the evils of systemic racism, poverty, the war economy, ecological devastation and the nation’s distorted morality of religious nationalism.

Email texas@poorpeoplescampaign.org to get involved!

This message is only visible to admins:
Problem displaying Facebook posts. Backup cache in use.

Error: (#10) To use "Page Public Content Access", your use of this endpoint must be reviewed and approved by Facebook.
Solution: See here for how to solve this error.

Did you know that while the U.S. economy has grown 18-fold in the past 50 years, wealth inequality has expanded, the costs of living have increased, and social programs have been restructured and cut dramatically?

At the same time, the costs of basic needs like housing, health care and education have risen dramatically. Over the past 30 years, rents have gone up faster than income in nearly every urban area of the country. In 2016, there was no state or county in the nation where someone earning the federal minimum wage could afford a 2-bedroom apartment at market rent. Only one in four of those eligible to receive federal housing assistance actually do so. This has precipitated a structural housing crisis with 2.5 to 3.5 million people who are living in shelters, transitional housing centers and tent cities. And there are another estimated 7.4 million people who are on the brink of being homeless.

We demand fully-funded social welfare programs that provide cash and in-kind assistance directly to the poor, including poor families. We demand an end to the attacks on SNAP, CHIP, HEAP, and other vital programs for the poor.

We demand reinvestment in and the expansion of public housing, ensuring that all have a decent house to live in.

We demand fair and decent housing for all and the end to the rolling back of fair housing protections at HUD.

30 to 40 million Americans are on the edge of eviction. This Houston dad just became one of the many homeless in a pandemic. ...

Laid off and now evicted amid Covid-19, a Houston father contemplates homelessness in a pandemic

About time. These investigations should be immediate after any incident during a protestor where there is police misconduct. ...

Dallas County District Attorney John Creuzot is investigating whether police made wrongful arrests of peaceful protesters and used excessive force on some...
View on Facebook
·Share

“An August survey found that 72 percent of Americans — including 62 percent of Republicans and 87 percent of Democrats — said the minimum wage should be high enough to keep full-time workers above the poverty line.”

"And so the prophet gives the nation God’s clear guidance out of the jam it is in. Choose first to repent of the policy sin. Then, repair the breach." @RevDrBarber #Inauguration2021 #PoorPeoplesCampaign

'We must have a third reconstruction.'

Please join me in praying for our new @POTUS Biden and @VP Harris and for our nation.

Join me online tomorrow morning (Thursday 1/21) at 10am ET / 7am PT for the 59th Inaugural National Prayer Service, where I will be giving the homily. The virtual event will be hosted by @WNCathedral and will be livestreamed. 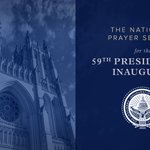